– the founder of the Transcendental Meditation technique 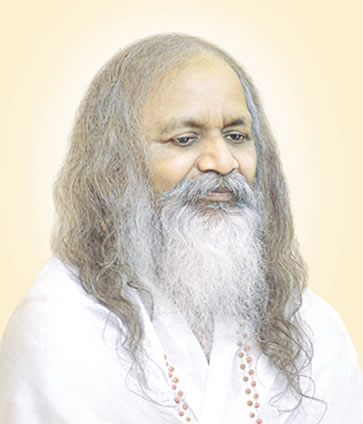 “The goal of the Transcendental Meditation Technique is the state of enlightenment. This means we experience that inner calmness, that quiet state of least excitation, even when we are dynamically busy.” – Maharishi

The achievements of Maharishi Mahesh Yogi are profound. Since 1958, more than six million people world-wide have learned the Transcendental Meditation technique and are enjoying the many well-documented benefits of this simple, twice-daily practice.

Over fifty years ago, Maharishi Mahesh Yogi brought the Transcendental Meditation technique to the world, presenting it as one solution to all problems—a means to create enlightenment for each individual and peace for every nation and the world. The field of infinite Being that Maharishi described as the source and fundamental reality of all human experience is now explained by theoretical physicists as the unified field that underlies the multiplicity of the universe.

Because it is simple, natural and universally applicable, the TM program spread rapidly. Maharishi trained over 40,000 teachers, opened thousands of teaching centres, and founded hundreds of schools, colleges and universities, as well as establishing dedicated peace-creating groups in many countries.

Wherever the TM program is introduced, it has an immediate positive influence. It is has given fulfilment to individuals and families, and its many benefits applied and enjoyed by businesses and institutions such as the military, prisons, schools, colleges and universities in many countries. TM has also produced significant benefits for people in areas of social stress such as the homeless, women at risk, veterans with PTSD and children with learning difficulties such as ADHD.

Maharishi revived pure Vedic Science which had been lost and misinterpreted for centuries. Veda is a Sanskrit word which means knowledge—the most comprehensive knowledge about the totality of nature’s functioning, from its infinite source through all levels of manifestation. The Transcendental Meditation technique is the technology of Veda, linking the individual mind to the eternal cosmic value of life within.

Maharishi has provided a way for all of humanity to be free from suffering and realize the highest level of fulfilment. Always upholding the role of women to its highest level, Maharishi said:

“The dignity of a woman’s life is infinite, her status immeasurable, her capacity unbounded, her role divine. She fulfills the role of the sustainer, creator, and promoter of life.
She is the focal point from which radiates serenity. In the fast changing world of today her vision penetrates into the reality of the far beyond, the reality which endures beyond change.”